The Tower of the Fiefs is the only one remaining of the six towers of the 14th-century feudal château. This keep was built by John III, Count of Sancerre (from 1348 to 1398) and by Guy de Dammartin on the model of the Mehun-Sur-Yèvre keep.
The keep is 12m in diameter, round outside, hexagonal inside and 30m high.
It is located in the Château of Sancerre park, belonging to the Marnier-Lapostolle family. 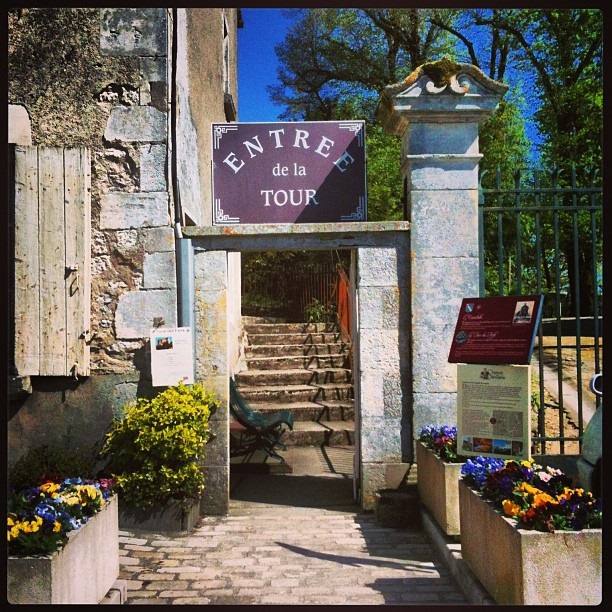