The Loiret can pride itself on possessing one of the most exceptional works of art in existence. Constructed between 1890 and 1896, this metal canal bridge spans the Loire in a giant stride to connect the Canal Latéral à la Loire with the Canal de Briare. Bordered by 72 lamposts and magnificent pillars adorned with coats of arms at either end, the bridge encapsulates the aptitude of man’s skill with iron and stone without sacrificing aesthetics. While its monumental beauty is revealed under a blue sky, its charm is revealed when the water mirror dispapears in the morning mist which rises above the river… 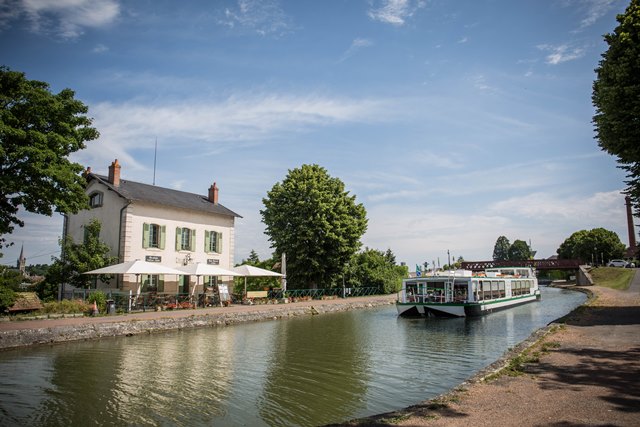