The town of Cuffy is better known for the Bec d’Allier than for its church, which has admittedly undergone several modifications. The transept and crossing tower crowned with gables, for example, only date from the 19th century. The carefully designed Romanesque chevet still stands, however, with its windows framed by columns and crowned with a cornice supported by modillions. Inside, the choir is adorned with semi-circular arcades whose capitals were probably reworked in around 1860. The semi-dome apse is decorated with an image of Christ in his majesty which may date from the 13th century. The roof of the nave is composed of wooden arches. It opens to the West via a door framed by columns topped with capitals decorated with large leaves. 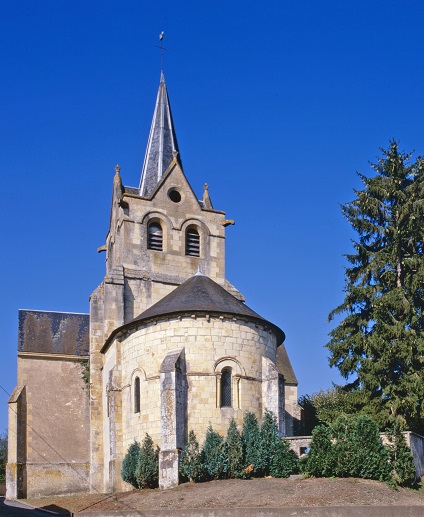